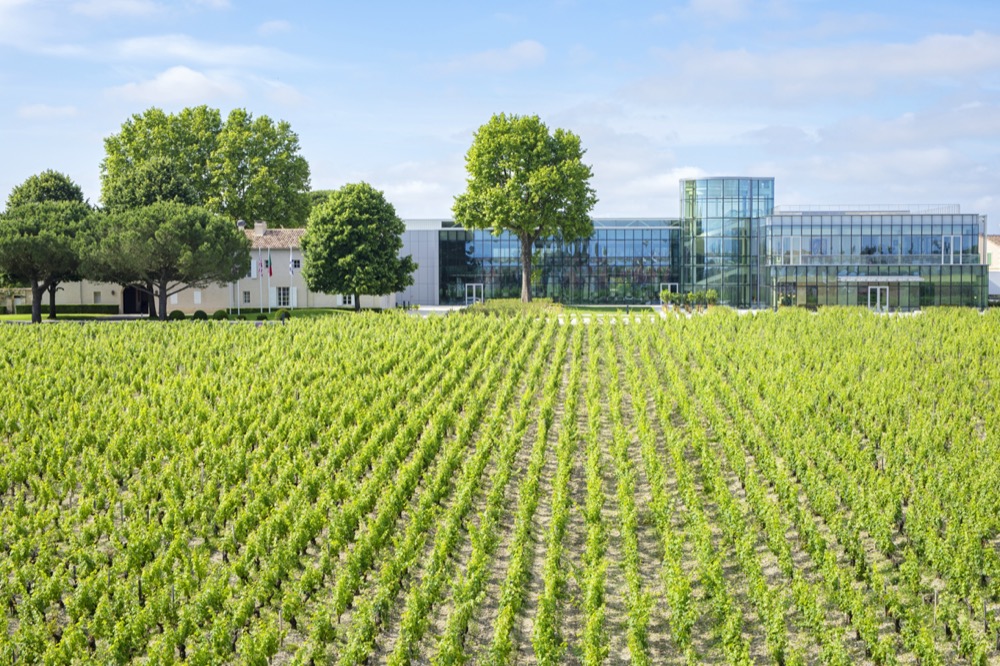 A mild ocean breeze, warm rays of sunlight and dazzling green fields of ripening grapes: the charming landscape of the Médoc region is home to none other than Château Lynch-Bages. Nestled along the Bordeaux wine route, Château Lynch-Bages has been producing elegant, sophisticated wine for centuries. Each bottle offers a distinct flavor profile, from textbook Pauillac-style reds to flavourful and floral whites.

Over the years, each owner has pushed the estate to new frontiers, innovating and implementing new oenological methods in order to expand the future of winemaking as well as enrich the legacy of the estate. With the inauguration of its new vat room in 2020, a look back at the history of the estate brings clarity to its vision moving forward.

The story of the Château starts in the 17th century, with the grouping of plots around the village of Bages by Jean Déjean and his brother Pey. Later, in the 18th century, the descendants of Irishman John Lynch brought new life to the vineyards by systematically draining soils and selecting the best grape varieties to cultivate on the fertile land. Most significant, though, was the building of a “new system” vat house in the 19th century. Inspired by Pierre Skawinski’s two-story vat room, which allowed wine producers to take advantage of gravity to manage grapes, Jérôme Cayrou’s installation of the new facility in 1866 ensured that Château Lynch-Bages employed the best wine-making techniques of the period.

Since then, the development of functional and sophisticated wine making has been at the fore of the operations at Lynch-Bages. Their wines are characterized by a finesse and regularity that brought recognition from all around the world. With the rapid oenological inventions of the 20th century — the incorporation of destemmers, crushers, horizontal presses, stainless steel vats and other equipment into standard industry practice — it is no surprise that the wines of Lynch-Bages wines were revolutionized too.

Changes were occurring not only in the winery, but also in the vineyard. Under the care of Jean-Charles Cazes, a thorough examination of the vineyard was undertaken in 2006 to align the estate with cutting-edge viticultural developments. Satellite mapping tools allowed an extensive study of the different grape varieties, their quality and maturity, vine condition and soil type in order to precisely understand the terroir and unlock the full potential of each parcel of land. As a result, the vineyard was dramatically reorganized and the plans for a new winery were drawn up.

Bold, airy and modern, the new vat room of the Château Lynch-Bages embodies the passion and persistence of its predecessors. Designed by Louvre Pyramid architect Chien Chung (Didi) Pei, the building is defined by the clean lines of stainless steel, eye-catching glass panels and grounding earth tones of industrial concrete. By emphasizing functionality and innovation without losing out on sophistication and style, these renovations represent the excitement of the future as well as the importance of the past. The 2020 vintage is the culmination of four centuries of progress and four years of diligent work, marking the beginning of a new chapter for the estate.