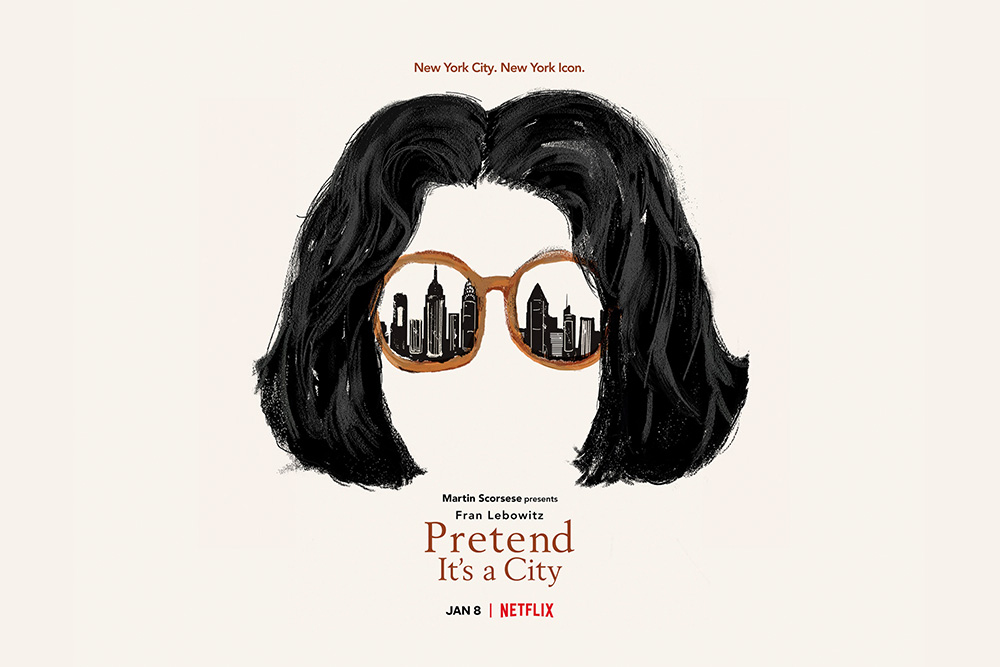 “Talking is not writing,” Fran Lebowitz once said, and it seems the public enjoys listening to her as much as reading hers; even more so watching her in the new Netflix docuseries “Pretend It’s a City,” produced by her director friend Martin Scorsese.

Daughter of a furniture store owner in New Jersey, Fran Lebowitz moved to Manhattan in the late ’60s and became a columnist, writing at the great time of the rise of American creative geniuses. Among the print media she wrote for was Andy Warhol’s Interview, Mademoiselle, and she sold ad spaces for Changes, a small independent magazine. Her writings were compiled into collections of unique essays, published under the titles Metropolitan Life and Social Studies; both are classics of the genre.

Lebowitz had grown to become an American icon, a traditional humorist who told stories of urban American life through being and living a native New Yorker. She later joined the talk circuit with her occasional appearances on the David Lettermen show, perhaps as an outlet to break her writer’s block (she’ve had many writing projects that remained unfinished). Her sharp observations, and opinions, seem to always be timelessly relevant. One of her quotes is even used by the New York Public Library on its souvenirs. Take her jab on Strand’s popup kiosk in Times Square, “It’s not fair to the books; it’s injurious,” the fact that at a busiest junction in the world, who would have enough span of attention to pick a book. Books are just mere props to sell other merchandise, which is perceivably unfair.

Her cultural lens was vivid when she recalled going to the historic Muhammad Ali match at the Garden in 1974, “it was a very wonderful fashion and cultural event,” observing the pimp fashion culture,“unfortunately, there was a fight in the middle of it.” Here’s a woman who admittedly hated sports, securing a top seat at a historic fight, and she made the most of its cultural dimension. These cocktails of common sense and humor are often a delightful surprise when reading or listening to Lebowitz. They often have us wonder why we don’t see it that way!

The raw honesty was displayed when she was young, as she overheard her parents discussing how to pay for a cello. “I could only be better if I practice, but I’d never be good at it,” and that stopped them from buying her one because she was honest about her limits. And from a young person, it’s a gift. And she’s giving that to us in her ways of looking at things, the occurrences of the hectic daily life, and coming to the senses of it, with humor. Alec Baldwin asked where her humor came from—more nature or nurture. “Nature,” she said, “there wasn’t much nurture of it, let me assure you.”

While much of “Pretend It’s a City” is about New York, rightly so, and America, American local politics and fabrics of life, her insights are universal. It made us wonder who the equivalent of Lebowitz in our own city was. Perhaps our approach to humor was different and the language made us think differently. Would her ways of talking register to us as a complaint? Or was it an intellectual poke? At the end of the day, the truth in her words outlasts us.

“Pretend It’s a City” is a six-part Netflix series.